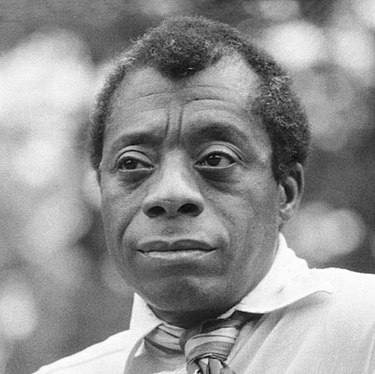 James Baldwin (1924 - 1987) was an author throughout the Civil Rights movement writing books such as Giovanni's Room and No Name In The Street. In these stories he talks about the oppression of black people in American society and the exploration of homosexuality. These stories were able to teach people about what was happening in society and helped relate what was happening to people being oppressed to the people who benefited from that oppression. Encouraging people to reject a society which is based of the oppression and subjugation of others.

A book written by Baldwin about a homosexual named David who decides to repress his feeling. He eventually decides to propose to a woman named Hella Lincoln. While Hella is considering David’s proposal he has an affair with a man named Giovanni who is an italian bartender. David however rejects Giovanni and returns to Hella. Later Hella finds David in a gay bar with a sailor and leaves him as he continues to struggle with his sexuality.

This book was written by Baldwin and was one of the first books that openly explored homosexuality in an attempt to normalize it.

Baldwin discusses race on The Dick Cavett Show, a late night show in the 1960s. In this Baldwin talks about the obstacles that are created by society to oppress blcak people. He also discusses the false logic that if one black person can make it in a particular field like music or sports that does not necessarily mean that life is getting better for all black people. And that when a black person does the exact same thing that a white person would do for their freedom instead of being treated as a revolutionary they are treated as a criminal.

In this article Princeton University scholar Eddie S. Glaude Jr. notes how what Baldwin was talking about back in the 1980s connects to policing today. The article talks about a documentary that Baldwin made called “I Heard It Through the Grapevine''. In this documentary Baldwin retraces his steps that he made in 1957 traveling through southern communities. While traveling he emphasizes the point that these communities have not changed that much since the civil rights movement. That this cycle of violence has not ended, it has just changed forms.