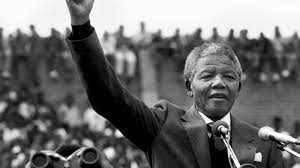 Nelson Mandela was a social rights activist, politician and philanthropist who became South Africa’s first Black president from 1994 to 1999. For 20 years, he directed a campaign of peaceful, nonviolent defiance against the South African government and its racist policies. Nelson Mandela is a South African leader who spent years in prison for opposing apartheid, the policy by which the races were separated and whites were given power over blacks in South Africa. Upon his release from prison, Mandela became the first president of a black-majority-ruled South Africa in which apartheid was officially ended. A symbol of hope for many, Mandela is also a former winner of the Nobel Peace Prize. I think Nelson Mandela is an exemplar of a peace and justice activist because helped bring an end to separation  and has been a global advocate for human rights.

Mandela was the  former South-American President and civil rights advocate. He fought for equality and ultimately helped change the racial injustice system in South Africa. Mandela served 27 years in person and after being freed he brought peace to a racially divided country and even led the fight for human equality around the world.

The story of Mandela is best told not through his own life, really, but through his people. For all his achievements, his most indelible was showing black South Africans, who had been shamed into believing that they were fit for little more than servitude, that they were not merely equal but had the capacity for greatness

The 1993 Noble Peace Prize was awarded jointly to Nelson Mandela and Frederik Willem de Klerk for their work for the peaceful termination on the apartheid regime and laying out the New Democratic South Africa. 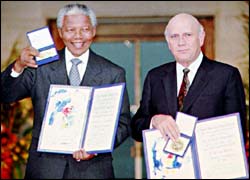 It could have been a bloodbath of historic proportions. Instead, one man made the end of apartheid possible. In February 1990, President F.W. de Klerk lifted the ban on the African National Congress and ordered the release of Nelson Mandela. As the world celebrated, Mandela would go on to become South Africa's first democratically elected president with de Klerk serving as his deputy president. De Klerk's history is complicated. A virulent defender of white Africans and their privileges, he helped lead the fight against ANC activists.

The Long Walk of Nelson Mandela

Nelson Mandela. Credited with the reversal of apartheid in a South Africa controlled by two generations of stern Afrikaner leaders who enforced the ideology of racial separation, Mandela stands as an all-embracing giant who brought about his nation’s extraordinary peaceful transformation to democracy. The film tells the story of his life through interviews with intimates—from his most trusted associates to his jailers on Robben Island, the prison where he was held for 27 years. It offers an insider’s account of his extraordinary will to lead and of the great risk and personal sacrifice he endured to achieve democracy and equality for the people of his nation. 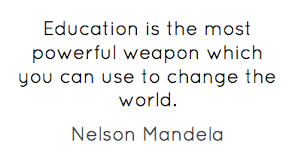 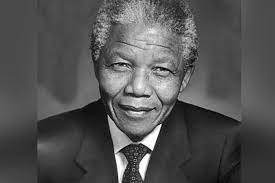