This page serves as an access point for sources about Maya Angelou, her work, and her story.  It includes links to her website, her poems, and her memoir so that people can learn about her and the footprint that she has left in this world as a civil rights activist.

Maya Angelou was born on April 4, 1928 in St. Louis, Missouri.  During her lifetime she published seven autobiographies, three books of essays, and many books of poetry.  She was an award-winning author and she was most known and recognized for her 1969 memoir, "Why the Caged Bird Sings".  This memoir would even be acknowledged as the first nonfiction bestseller by an African American woman.  Some of her awards include the Spingarn Medal, given to her in 1994, the National Medal of Arts, given to her in 2000, and the Presidential Medal of Freedom, awarded to her in 2011. Angelous would later pass away on May 28, 2014 at the age of 86.

I believe that Maya Angelou is a peace and justice guru because of the inspiration she has offered many to let their voices be heard.  In her memoir she tells a story of how she spoke up about abuse that was happening to her and when the man abusing her was sent to jail for one day and then murdered four days later after his release she was left feeling that her voice caused his death.  She would go on to not speak for years in fear of her voice.  Eventually she conquered this inner battle and spoke and write and let her stories be told.  She especially inspired other African American women to let their voices be hear and to now cower in fear.  I believe many women can continuously look to her and find the courage to never silence themselves like she once did, because speaking out will only make them stronger, just like it did for Maya. 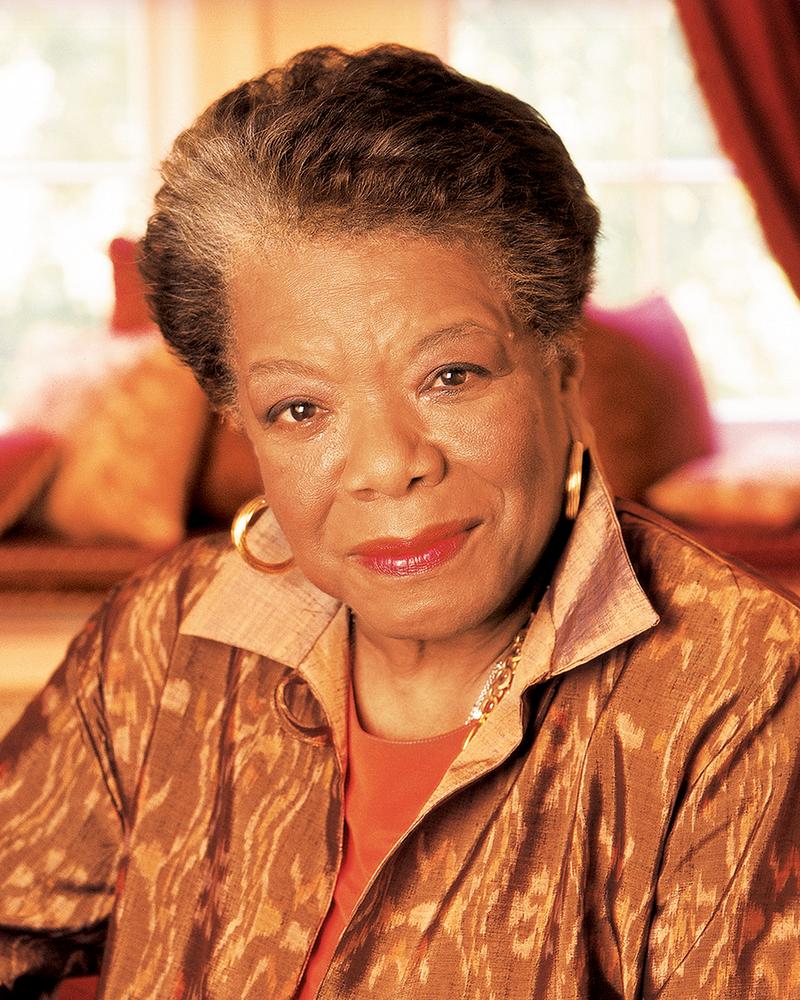 Who Was Maya Angelou?

This website, run by Maya’s family, offers an insight into who she was.  It provides a biography, her books, her work with charities, and her music.  Those who may be unsure of her work or what she did as a civil rights activist can browse the website and learn about her and her numerous achievements.

This website offers 8 of Maya Angelou’s poems.  Readers can take time to read her work and make connections to some events of her own personal life as well as what she fought for as a civil rights activist.

This memoir is the place where Maya Angelou opens up about her childhood and her history.  She tells the story of herself being a young girl and the struggles that she had to endure, but she also shares the woman she came to be because of it.