"Waldheim" was built in 1881 for Letitia Ellicott Carpenter Fisher (1861-1933) and William Redwood Wright (1846-1914).  William Redwood Wright was a businessman and a banker, who served in the Civil War, and as City Treasurer of Philadelphia for a short period. Letitia ("Letty") Wright was an active member of the Pennsylvania Society of Colonial Dames of America and contributed to the activities of the National League for Women's Service, which met at the neighboring "Little Wakefield" property. She lived at "Waldheim," for many years after her husband's death, and then moved to "Boxwood Farm" in Ambler, Pennsylvania. The property was sold in 1925, and destroyed in 1928.

Read an essay about "Waldheim" in La Salle's Digital Commons.

The William Redwood Wright family papers at the Historical Society of Pennsylvania include extensive archival material on both William and Letitia. 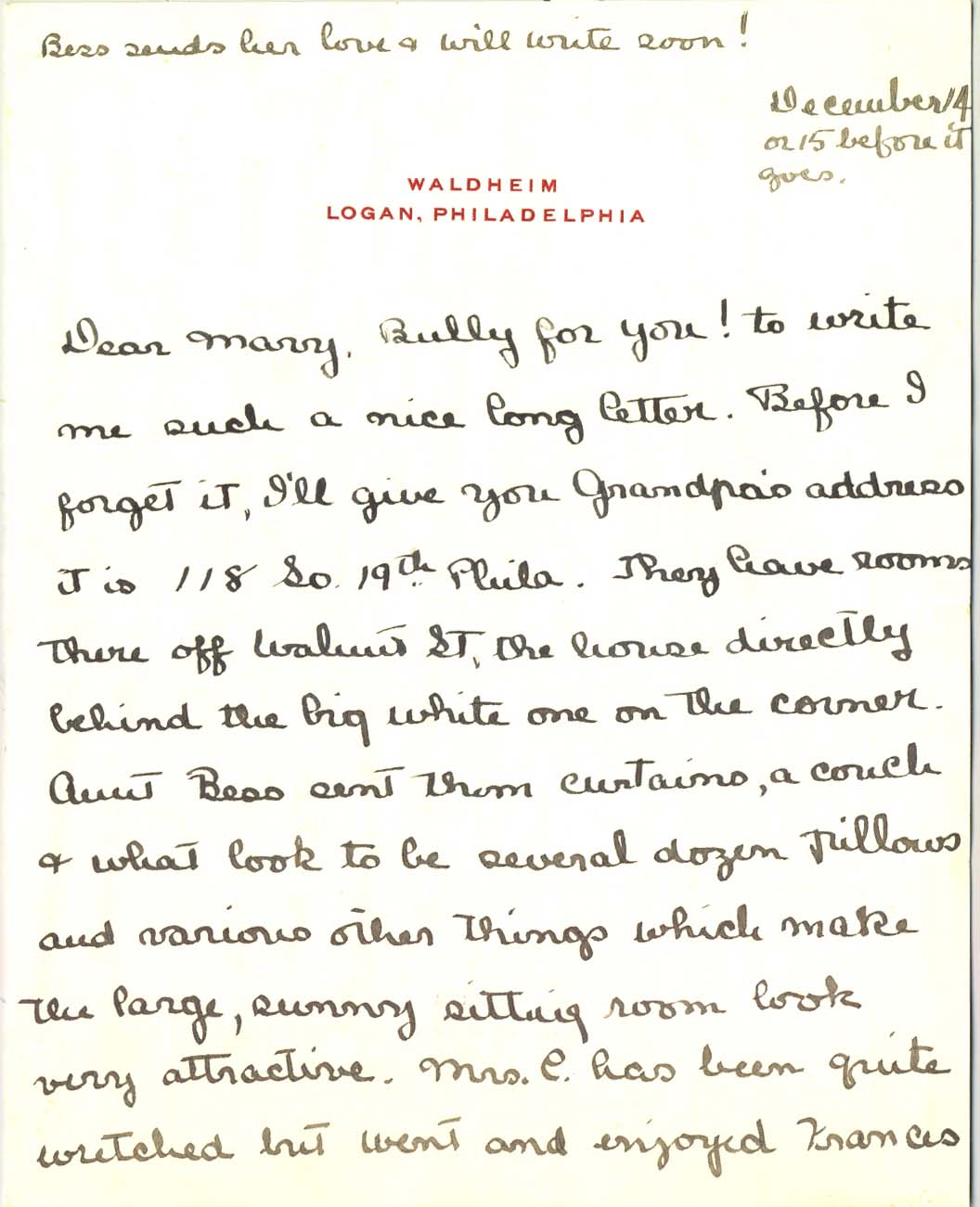 La Salle's Department of Special Collections preserves a garden diary that was kept by Letitia Ellicott Carpenter Fisher, as well as a set of letters written to her daughter Mary Fisher Wright (born 1884).

Pictured: Letter to Mary Fisher Wright from her sister Hannah; showing the stationary of "Waldheim," circa 1908.