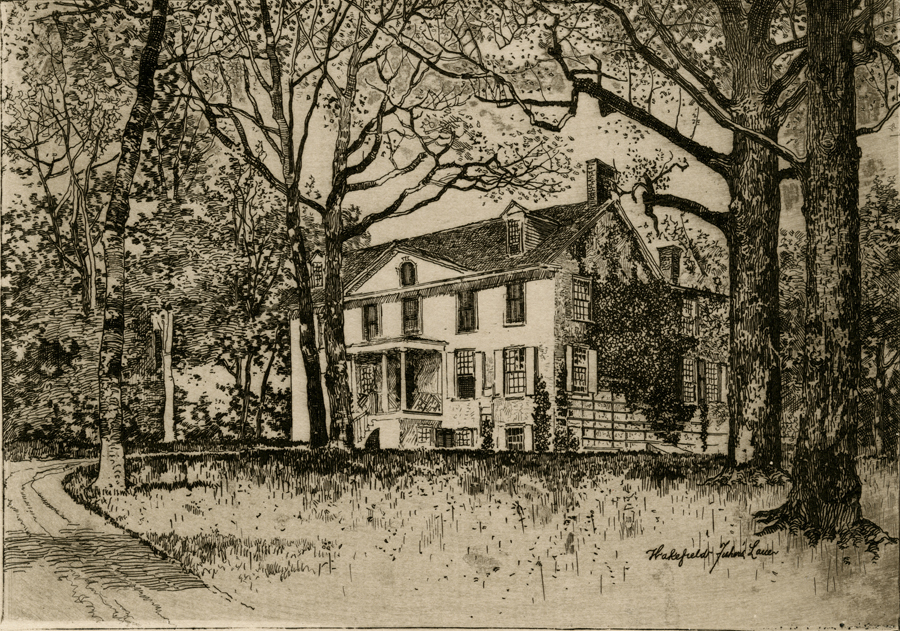 The "Wakefield" mansion was built for Sarah and Thomas Fisher in 1798, at the northeast corner of Ogontz and Lindley Avenues. It was owned by four generations of the Fisher family up until 1918, when ownership was transferred to the City of Philadelphia.  The house was destroyed by fire in 1985. Descendants of Sarah and Thomas Fisher built two other houses upon their land (now La Salle University's South Campus), "Little Wakefield" and "Waldheim," and purchased the "Belfield" property from Charles Willson Peale.

Sarah Logan Fisher (1751-1796), daughter of William Logan and Hannah Emlen, married prominent Philadelphia merchant Thomas Fisher (1741-1810) in 1722. Her brother Dr. George Logan inherited Stenton in 1776. Sarah and Thomas built their house known as “Wakefield” on the northeast portion of the Stenton grounds in 1798. Sarah recorded the details of family’s life in multiple volumes of diaries. The manuscript diaries are maintained by the Historical Society of Pennsylvania. See also the Logan-Fisher-Fox family papers and related material at the Historical Society of Pennsylvania. According to her son William Logan Fisher's written account, "Sarah Logan died in the year 1795. During several of the latter years of her life, her health was feeble. She was a devoted wife and mother. My parents married in the year 1771; their children were Joshua, Hannah, William, James, Esther, and two others who died in infancy." 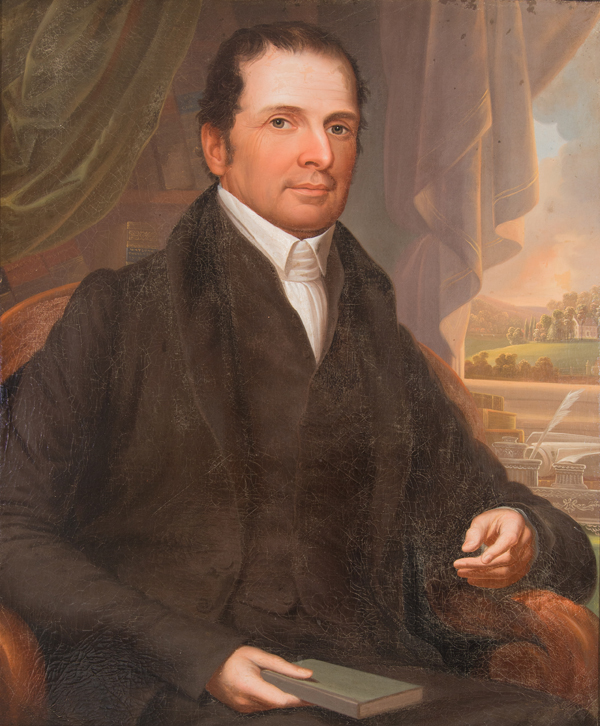 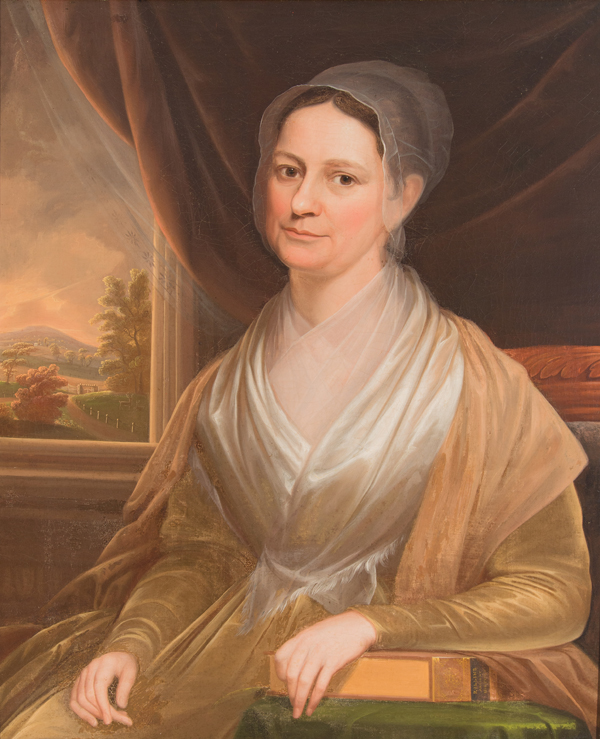 “’Wakefield’ became the property of Aunt Mary, who had married Samuel Fox of Foxburg, Clarion County, Pa. At this time they resided in Philadelphia, in their huge house at Broad and Pine Streets with their daughter, our beloved cousin Hannah. Her son, Joseph Mickle Fox and his wife, Cousin Emily [Emily Anne Read], with their four children soon took over “Wakefield.” Subsequently the property was deeded over to the City of Philadelphia as a park, the house becoming the responsibility of the Colonial Dames of America, Chapter II, Philadelphia.”

The Logan-Fisher-Fox family papers at the Historical Society of Pennsylvania contain extensive material from the lives of William Logan and Sarah Lindley Fisher.

The Fox family papers at the Historical Society of Pennsylvania include diaries of Mary Rodman Fisher and her grandfather Thomas Fisher.

Among William Logan Fisher’s industrial ventures was the establishment of Wakefield Manufacturing Company, a woolen mill, which he started in 1815 with his wife's uncle Thomas Rotch (1767-1823). The mill operated on land surrounding the Wingohocking Creek, at the corner of Belfield and Logan Streets (formerly Fisher’s Lane). The continuing success of the mill is attributed to his son, Thomas Fisher (1802-1861), who is credited for bringing knitters together at the mill, and thus creating the "first knitting factory in America" (Butler, "Three Centuries on the South Campus," 1998.) 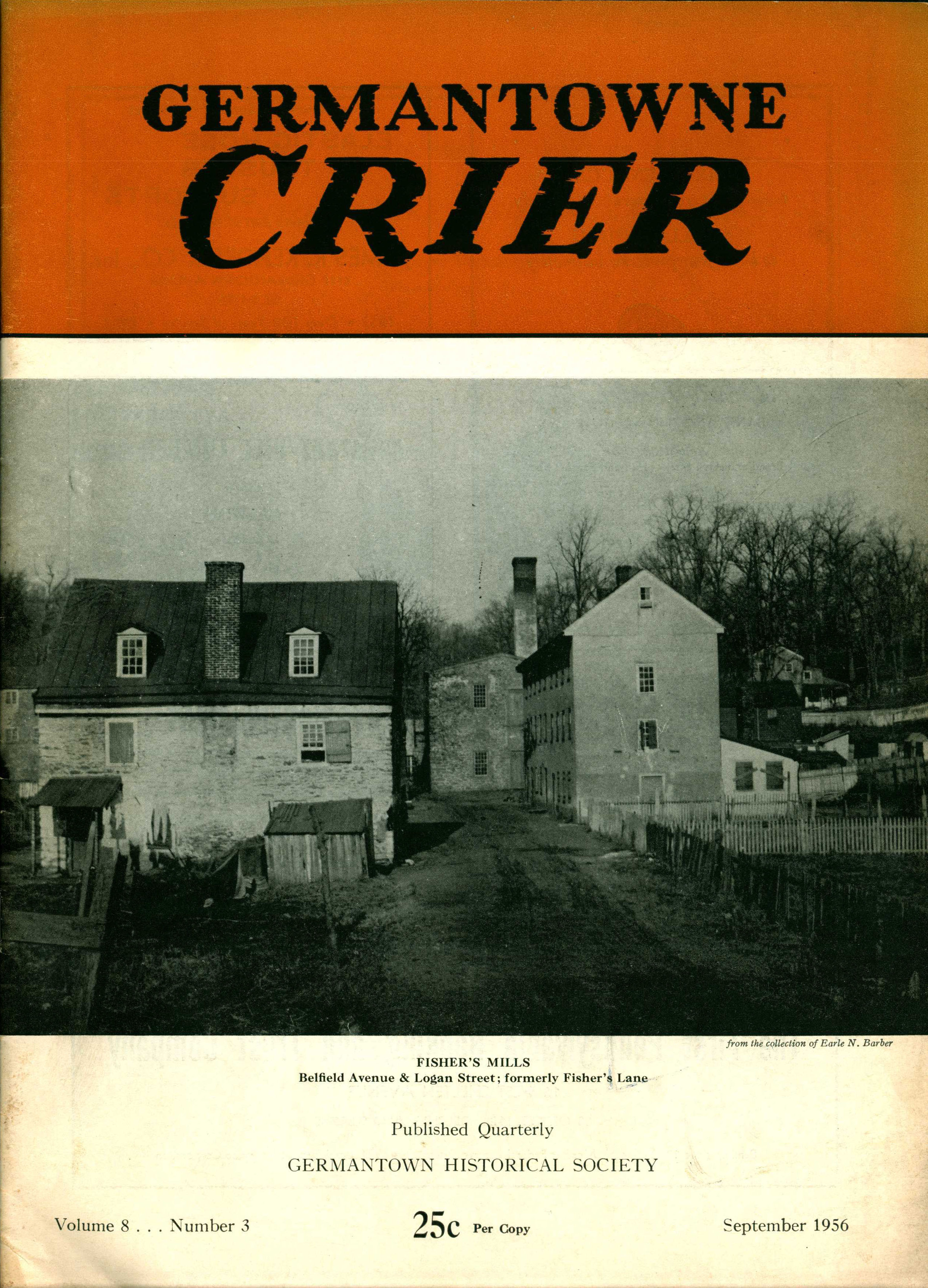 Published accounts of the Fishers at Wakefield