Skip to main content
It looks like you're using Internet Explorer 11 or older. This website works best with modern browsers such as the latest versions of Chrome, Firefox, Safari, and Edge. If you continue with this browser, you may see unexpected results.

Finding the Visual History of the 1960s

This guide was created as a supplement to the 2014 library exhibition Conflict and Counterculture: Finding the Visual History of the Sixties. 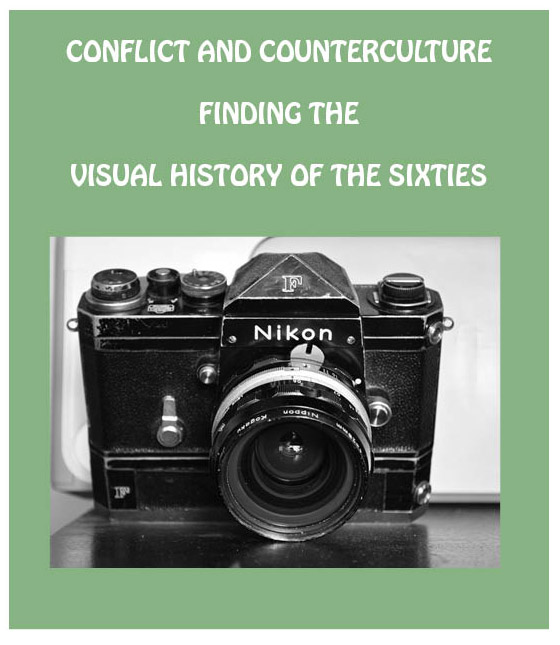 The Imaginative Representations of the Vietnam War Collection, housed in the Department of Special Collections in the Connelly Library, is the largest collection of literary and creative works on the Vietnam War in the world. The Vietnam Collection contains thousands of novels, poems, films, theatrical works, music recordings, posters and other works of art. This library exhibit highlights a selection of visual resources from the Vietnam Collection that were produced in the 1960s and early 1970s. Conflict and Counterculture: Finding the Visual History of the Sixties explores the complexity of using images as historic evidence. Moving images, advertisements, and political ephemera are presented for the viewer to analyze and discover how these visual sources can be utilized beyond their aesthetic appeal, and how they can reveal information about American society during a period of monumental change.

"The challenge is to get beyond the viewing and enjoyment of images to an understanding of how they can help us learn about the culture which produced them and the audience which originally enjoyed them."

What modern decade inspires more nostalgia or more rhetoric than the 1960s? The impact that the social and cultural changes of the 1960s have had on American politics and society itself is a matter of debate among historians. It was a decade marked by social revolution all around the world. In America, the 1960s were the most active period of social movement in the twentieth-century. It was a divisive, tumultuous era. People fought against oppression, war, and materialism; simultaneously, others argued to maintain the structure of power, to maintain “traditional family values,” and to defend military action in Vietnam. What did we learn from this time period? What has changed about the American identity since the 60s? What has stayed the same?

An image can be a lens through which we may investigate the people and culture of the past. Primary sources provide a window into the past. They present first-person perspectives on events and people in history. We often think of the documents of the past as such evidence—diaries, letters, or scrapbooks. This exhibit explores unique visual primary sources, and investigates the way in which they can reveal the cultural record of an era. Each image presented here can be used as evidence to reveal a little bit of history, to confront what we know, to learn something new, or to ask more questions.