This is a faculty resource guide composed of faculty testimonials, online resources, and ideas for integrating the La Salle University Art Museum into classroom instruction. 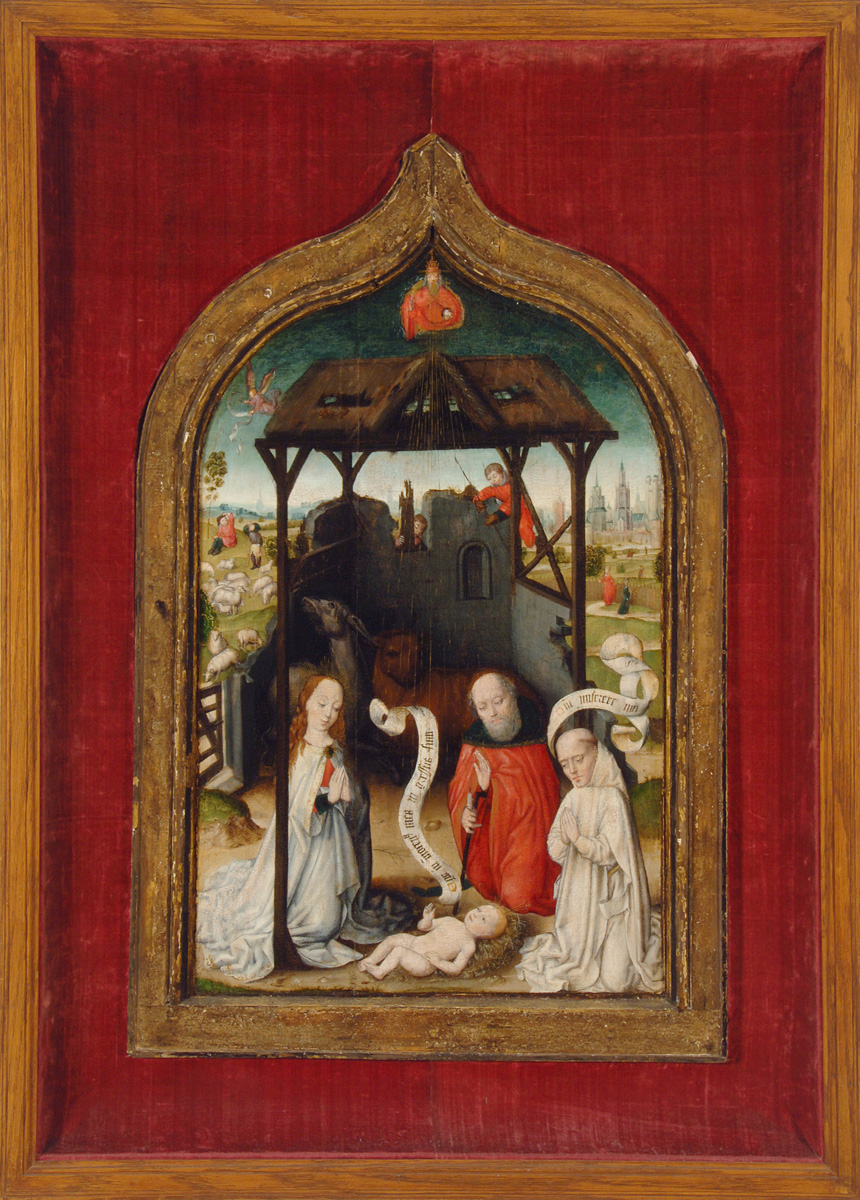 For a number of years, I have taught a literature course (coordinated with history and philosophy) in the first-year Honors Triple sequence. These courses run chronologically (over two semesters) from the Greeks to the present. Once we reach the Renaissance, I use the galleries of La Salle’s Art Museum as part of my course. (And I also use our Art Museum in some fashion in most of the courses that I teach.) Here are a few examples.

At the simplest level, I like having the class surrounded by art produced at the same time as the literature that we are discussing and by portraits of people who may have read some of that literature when it was first available. Inevitably, some students on their own point out similarities or contrasts between the art and the literature. Thus—even without any direction at all from me—students learn from meeting in the Art Museum.

But I also use a number of more directed activities. When I teach Shakespeare’s Tempest, for example, I draw students’ attention to the Renaissance Gallery’s large fireplace, reputedly from one of English King James I’s hunting lodges. I mention that The Tempest was performed as part of the marriage celebrations of James I’s daughter. (Students immediately begin to think of Shakespeare’s play as less remote in time and more connected to where they—quite literally—are). The Tempest is, in part, about the treatment of a native inhabitant of a land newly discovered by Europeans; the fireplace is carved with representations of what seem to be Native Americans and one European explorer, and the class now has a visual parallel to compare and contrast to the literary text. Or, in the same Renaissance Gallery, I might ask students to compare the charming nativity scene by Jan Provost (c. 1500) to several later paintings nearby of the Virgin and Child (especially The Holy Family with John the Baptist, Elizabeth, and Zacharias, attributed to Vincent Sellaer). In that comparison, students themselves come up with many of the principles of the new humanism that characterized the Renaissance.

Across the hall, in the modern gallery, I meet one or more classes when I am teaching Luigi Pirandello’s Six Characters in Search of An Author (1921). Students’ reactions to this play are usually hostile; Six Characters, they say, is so far removed from the traditional play that it is not worthy of the name “play” at all. I mention that Pirandello ran from the theater on opening night, greeted by shouts of “Madhouse” and pelted by fruits and vegetables. “He deserved it!” say students. Then I direct their attention to several paintings in the room (especially Albert Gleizes, Man in the City). Are those works “art”? How about the main storm sewer for Olney Hall that runs through this room but has a museum label next to it (The Sewer Pipe, 1973)? How are the works in this room related to the artistic tradition? To Pirandello’s Six Characters? Again, students themselves derive some of the principles of Modernism. I do not tell them; they figure it out and tell me.

In the Seventeenth Century Gallery, I sometimes mention that two portraits by Thomas de Keyser (Pendant Portraits of a Lady and Gentleman, 1635) were formerly in the collection of the Archduke Franz Ferdinand of Austria. I then ask students to write a short paper on the Archduke and when and how he died, and what the effect of his death was. On the day that short paper is due, we might start to discuss the World War One poetry of Wilfred Owen. Seeing the Archduke’s portraits, writing the short paper, and reading Owen’s poems all tend to lodge the start of World War One firmly into students’ heads.

Or I might send students to look at the paintings in the Seventeenth-Century, Eighteenth-Century, and Nineteenth-Century Galleries in order to compare first the portraits and then the landscapes (and to jot down notes about the differences). Through that exercise, students discover many of the principles of Romanticism for themselves, before I then begin to talk about reasons for those differences. Then I send them back to the Eighteenth-Century Gallery and the Nineteenth-Century one to consider the various layers of perception in Robert’s The Tomb of Virgil at Posilipo, Naples, and in Carolus-Duran’s Portrait of an Artist in her Studio. We then discuss a Wordsworth poem based on a similar use of multiple levels of perception, enriching—I hope—both paintings and poem.

In short, then, students find the visual to have as much impact as the literary. Indeed, the two media echo each other. That idea, I tell them, goes back at least as far as Horace in his Ars Poetica: “Ut pictura poesis” (“As is painting, so is poetry”). The students and I then have a lot to think about as we move on from the paintings in La Salle’s Art Museum (and the literature in my course) to consider theories of criticism.