Searchable access to more than 100 years of coverage from 375 leading U.S. magazines. Quality indexing of leading magazines back as far as 1890.

Search the equivalent of 44 printed Readers’ Guide cumulations in the electronic format.

To search for motion picture reviews: 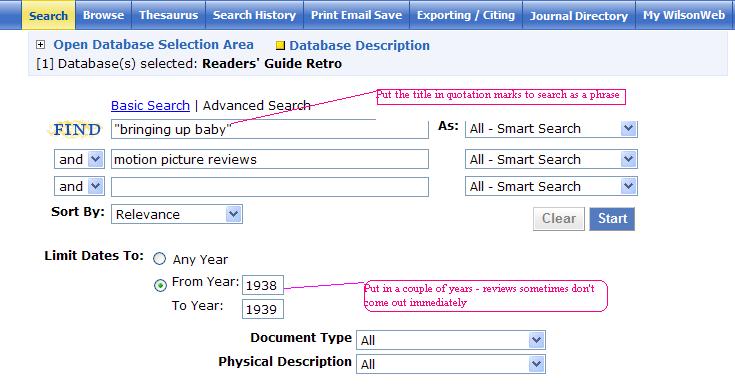 When you get the results, use the Article Locator to find out if we have the periodical (in online, in print or on microfilm) OR to order it on ILL 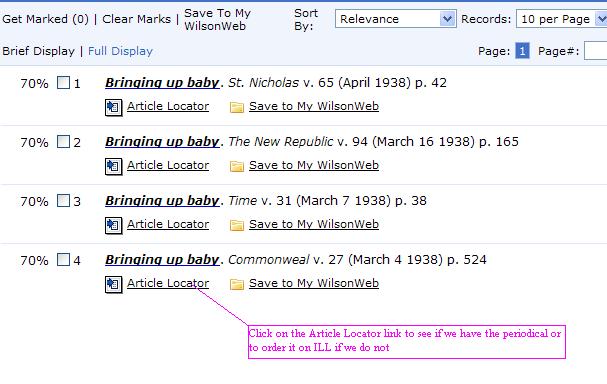 Reprints all the reviews found in Variety from 1907-present

Reprints reviews appearing in magazines and newspapers.  Begins in 1981 with the films of 1980.

Reprints criticism of the most important American films from 1896-1950